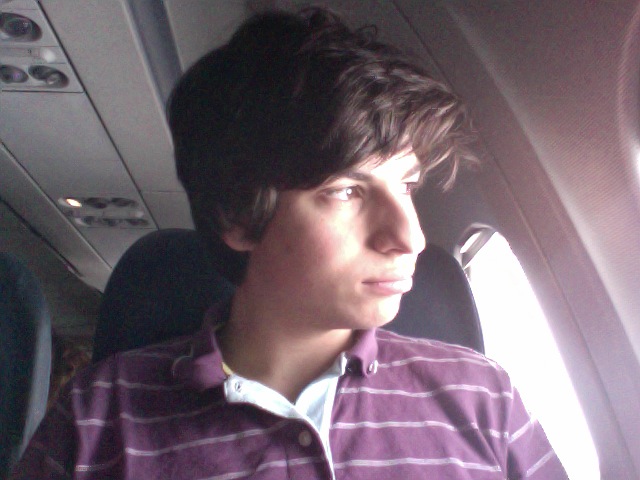 Summing up the life of Zachary Aaron Kagan is an impossible task. It cannot be done, although thousands have tried. Instead, one can only hope to depict snapshots of his awesometude, because attempting to absorb all of it at once can only result in a fate similar to that of Semele, mother of Dionysus.

Did you get that reference? Didn't thinks so...

Tired of living in a boring, 3 dimensional space? The thought of existing in a simplistic space time continuum getting too dull? Well, what if I told you that you were living on a 2D plane on the perimeter of a massive, universe spanning sphere? Well, nothing would really change, but your mind would be blown into a parallel dimension. It's called Holographic Universe Theory and it just might be the biggest thing since General Relativity.

If you haven't seen this image before then you need to get your life together. Fractal geometry isn't just for Hippes anymore. The pattern of trees in forests, the branches of blood vessels and the optimum design for radio antenna all involve fractal geometry. But, fractals are responsible for more than forests and blood flow, they also saved mister Kagan from the depths of depression. Just when he believed that the world was impossibly complex, a little book on fractal geometry crossed his path and proved to him that even infinitely complex objects can be completely understood . Math is awesome.

But it isn't always math and science with Zachary. He has wide and reaching insights into political and economic issues. He is known to read an entire newspaper in 20 minutes with tea, while doing the daily crossword in his right hand, and sudoku in his left. Just ask him a question about theory, policy, practice and you will get an intelligent and well thought out response. To keep his mind sharp and his opinions up to date, Zachary follows the writings of Columbia's most celebrated economists and political thinkers.

Still not convinced that Zachary is the most interesting and classy guy out there? What am I saying, of course you are convinced. Between his tales of MOMA art appraisal and wild stories of his adventures in the Orient, it is impossible not to be impressed Mr. Kagan. But, hypothetically, if you weren't impressed, here are a list of factoids that would dispel any lack of faith:

1) Zachary Kagan is on first name basis with every professor at Columbia, even if he has yet to take their class.

2) Zachary Kagan knows the lyrics to the Major General's song in every European language except for Finnish... the Fins know why.

3) Zachary Kagan worked under noble prize winner Martin Chalfie for three months before he was untimely laid off. Chalfie explained that the reason Zachary was let go was because "his sexual magnetism tempered with the reproductive cycle of the nematode C. elegans."

4) Rumors are circulating online saying that Zachary Kagan is the real Chuck Norris that the jokes refer to. This is not the case. Mr.Kagan does not need to resort to violence to solve his problems.

5) Zachary Kagan certainly isn't one of these nerds

6) Zachary Kagan is the only being in our universe with the ability to calculate both the velocity and the position of an electron at any given point in time.

7) Zachary Kagan guessed the ending to LOST in its first season. He and head writers Damon Lindeof and Carlton Cuse have a teleconference every Wednesday where he helps them on their scripts and continuity issues

Now you must agree that Zachary Kagan is one classy guy. Please, feel free to express your thoughts on his awesomeness bellow. Is he really as good as they say? Only you can decide.

please answer this additional question if your name is "Adam Cannon" : How cool is this HTML page?

Ok, so I know the whole "this is funny because I am acting much more introverted than I actually am" is totally unoriginal and probably is getting old at this point... Sorry about that...