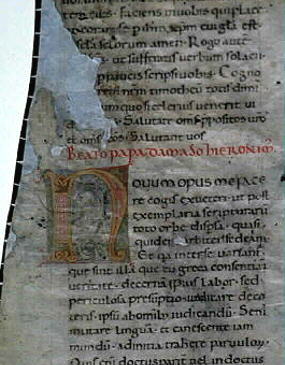 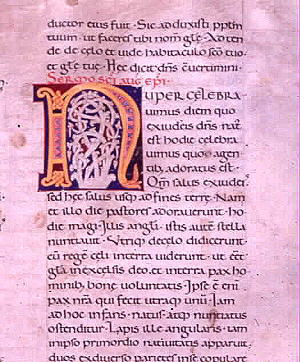 On the left is Columbia University, MedRen X227.S, a single folio from a twelfth-century Bible which was long used as a piece of binding material. The text is Jerome's "Novum Opus," his introduction to the Vulgate Bible. On the right is British Library, Harley 7183, f. 98, a homilary which appears to have come from the same scriptorium, but which retained its integrity. I discovered the Harley manuscript on a trip to London while I was cataloguing the MedRen fragment. Click anywhere on the images to go to a second set of initials.

The Other Obsession: Film....

I LOVE New York. You think I'm jokin'? The Greatest City in the World.